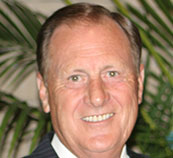 Jim Henson brings more than 40 years of experience and leadership in the industry to his role as president of ALUSA Life. Henson, who started his career as an agent in the field in 1970, quickly rose in the ranks with every company he worked for. His appointment as President of ALUSA Life will be his fifth such role in the insurance industry.

Henson has served as Chief Operations Consultant with National Agents Alliance since Nov. of 2008. In that role, he helped NAA diversify, adding products and carriers the company didn't previously provide to agents and clients. He is a guru in the area of product development and has played an integral part in design, product implementation, marketing packages and long-term marketing strategies. Henson has added value in every role he's taken on during his career.

Outside of his passion for making ALUSA Life the best company it can be, Henson enjoys spending time with family and friends. He enjoys playing golf and is a proud graduate of the University of Oklahoma, where he played tennis on an athletic scholarship. 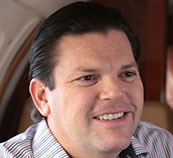 Andy Albright's vision to create ALUSA Life started in 1998, when the former textiles engineer entered the life insurance industry as an agent. In 2002, he co-founded National Agents Alliance, a highly successful national Insurance Marketing Organization, headquartered in Burlington, N.C. Ultimately, Albright's dream was to help start an insurance company focused on protecting American families, which is now a realization with the formation of ALUSA Life.

Albright, a self-proclaimed serial entrepreneur, has always been interested in "figuring out" how things work and, more importantly, how to improve the process and efficiency. That mindset led Albright, who holds a B.S. degree in Textile Sciences from North Carolina State University, to start more than 13 profitable businesses - leading up to the formation of ALUSA Life in 2014.

He has appeared in regional North Carolina magazines and newspapers, appeared on several national radio shows and National Agents Alliance was selected from a pool of 35,000 area businesses as the N.C. Triad's Fastest Growing Company by Greensboro's Triad Business Journal in 2007. Albright was named to the Triad's 2011 Movers & Shakers list by Business Leader magazine.

Albright lives in the Burlington suburb of Union Ridge with his wife Jane, their two children - Haleigh and Spencer, and their six dogs. Albright enjoys spending time with family and friends cooking, attending concerts and sporting events.

The Burlington, N.C.-native enjoys helping young people and giving back in numerous ways. He is a proud supporter of N.C. State University and the N.C. State Entrepreneurship Initiative, where he serves on its Board of Advisors. In Nov. of 2013, N.C. State announced a $500,000 gift over five years from Albright to name the program's residential community the Andy and Jane Albright Entrepreneurs Living Learning Village. The village, which will open August of 2014, was the first named Living Learning Village at the university.

Additionally, Albright supports the efforts of organizations like the Children's Miracle Network, Victory Junction Gang, and Wake Forest Baptist Medical Center, among many others.

Albright is the author of two books - The 8 Steps to Success and Millionaire Maker Manual - and is working on his third book in 2014. He is a motivational speaker and takes time out of his busy schedule to speak to students at high schools and colleges and various groups and organizations like Keller Williams.

At ALUSA Life, we have simple goals which produce a significant impact. We want to work with you and your family to find the best solution to protect your future. Our goal is simple, but the purpose is clear—serve the best interests of America's families.